Jason Armstrong from Armstrong Oysters in Laurieton says demand for Sydney Rock Oysters is ‘huge at the moment’ and NSW farmers are struggling to keep up. 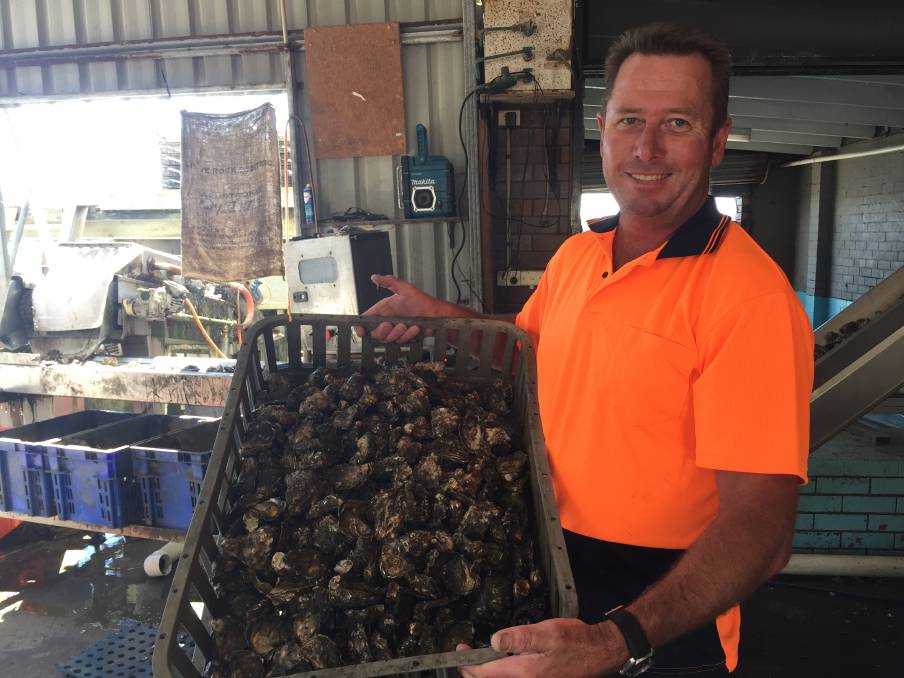 The heightened demand is due to farming in Tasmania being hit by a disease called Pacific Oyster Mortality Syndrome (POMS).

“They had a hatchery set up there as well which South Australia sourced its oysters from and due to biodiversity they couldn’t get it there because they didn’t want to spread the disease,” Jason said.

The gap caused by the disease is a ‘huge one to fill’ by famers in NSW.

“We’re all working together to try and fill that gap,” Jason said.

Although Jason said unfortunately he doesn’t believe there will be enough oysters to fill the demand across Australia in 2017.

“You’ve got the demand now in Melbourne, Adelaide and in Western Australia all looking for our oysters,” he said.

“We can only spread so far.”

Jason said those who reside on the Mid North Coast don’t need to worry so much about securing oysters for Christmas.

“We will have enough supply for the local market,” Jason said.

The warm, dry weather has meant the farming of oysters in the region has been positive.

“Everything is growing well, the marine life is going well and the water is clear,” Jason said.

“As soon as we have 50mm of rain we shut down as that’s a safety standard for us.”

Port Macquarie oyster grower, David Tunstead said in 2017 the business was already feeling the increased demand for oysters as a result of POMS on Tasmanian grown Pacific oysters, with the price increasing dramatically.

“We have definitely seen an end to the days of all you can eat oysters at Christmas, and we have been busier than ever this season,” he said.

The increase in demand, Mr Tunstead said, has been good for all Hastings oyster producers and he puts that down to the great conditions of the river.

“Sydney rock oysters, which we grow here in the Hastings, are very sought after, given the growing conditions and quality of the water, which means our oysters are resistant to disease, after being caught in the wild,” he said.

“Unfortunately the rain has slowed the growth of the oysters, but we are increasing production every year and demand is going through the roof so we are playing catch up, with over 32,000 dozen to be harvested this season, by us.”

Sydney rock oysters are smaller than the POMS effected, Pacific oysters, which are generally larger in size, however the Sydney rock variety have a stronger. more enjoyable taste, according to Mr Tunstead.

“The Sydney rock oysters grown in the Hastings are known for their creamy, buttery, and salty flavour, which more than makes up for the smaller size and taking an extra 18 months to develop.”

In the industry, growers are working three years in front of the current season, with harvesting season beginning at the end of September going through until April.